August 20th, 2018 Mr. Nguyen Xuan Phuc – a Politburo member – Prime Minister of the Socialist Republic of Viet Nam – visited at Tanifood plant which owned by Lavifood Corporation. Asia Refrigeration Industry Joint Stock Company is proud to be a main contractor that supplying and installing all refrigeration equipment systems for this major project.

At the meeting, the Prime Minister recognized and praised the efforts of all contractors to keep the schedule in time with high quality and efficiency.

Besides, the progress of this project is being in urgent time. Prime Minister encouraged everybody to try to complete the schedule.

Tanifood plant is located at Highway 22B, Thanh Duc Ward, Go Dau District, Tay Ninh Province. This is the first project of Lavifood in Tay Ninh province and is the major project of Lavifood in 2017. Tanifood plant will be one of the largest and most modern vegetable and fruit processing plants in Southeast Asia in November 2018 with main products are fresh, frozen, dried, canned vegetables. This plant  was built on land area of nearly 15 hectares with total investment capital of VND 1,780 billion.

Some other photos at the meeting. 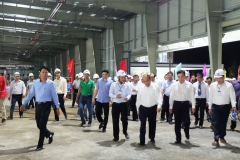 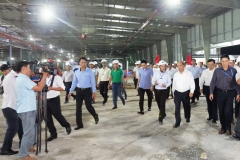 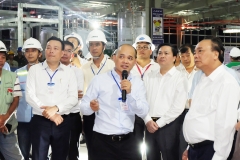 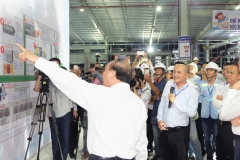